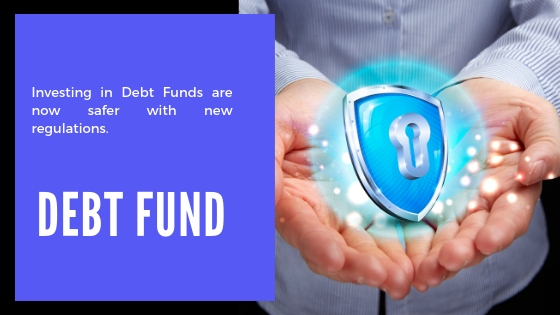 In the last few months, there has been a lot of volatility in the debt market. For many investors, investing in debt mutual funds was riskier than equity funds. In all started with the IL&FS fiasco in September 2018 when the group companies defaulted on their payments. Many mutual fund houses had invested in these companies. Essel Group and other similar episodes followed. In short, it has been a wild ride of debt fund investors who had invested in liquid funds and other debt funds with the notion that debt funds are completely safe.

To safeguard the interest of the mutual fund investors, the market regulator, Securities and Exchange Board of India (SEBI) has laid down guidelines that will govern debt funds.

Here are some of the changes laid down by SEBI are as follows:

This move aims to enhance the liquidity of liquid funds. Mutual funds have to keep 20% of their assets in liquid and safe instruments such as cash, government securities, treasury bills and repo instruments. It will make sure that the fund houses will be able to manage large-scale redemption requests without adversely affecting the unit price (net asset value) of the liquid funds.

Cap on the maximum exposure to one sector

Liquid funds will now not be able to invest more than 20% in a single sector. The earlier limit was at 25%. This aims to reduce the risks associated with a single sector. Also, the exposure of liquid funds in housing finance companies cannot be more than 10%, down from 15% earlier. This is over and above the 20% limit on each sector.

Penalty for withdrawing before seven days

All papers to be valued on mark-to-market:

Debt funds to invest only in listed NCDs and CPs

Mutual funds can now only lend to corporate against pledged equity shares with a cover of at least four times. Simply put, if a mutual fund lends Rs. 100 to a group company, the company would have to pledge shares worth Rs.400 with the mutual fund. If the share prices fall, the company would have to make up for the loss by paying cash to the fund. If that does not take place, the fund house can sell the shares to recover the money and to protect itself against a further fall in share prices of the borrower company. With this new regulation in place, fund houses have no choice but sell the pledged shares if the company’s share price fall to recover the money from promoters.

These were some of the crucial steps taken by SEBI to make debt funds safer for investors like you and me. So, leave your worries behind and start investing in debt funds. Understanding debt funds may be hard, and this is where a mutual fund advisor comes into the picture. He will be able to guide you better and clarify all your doubts regarding debt funds.